A Gospel Among the Scrolls? 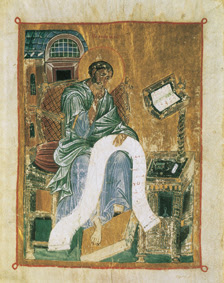 On December 24, 1994, the Times of London ran a front-page story entitled “Oxford papyrus is ‘eyewitness record of the life of Christ.’” The article reported the claim that three papyrus fragments of Matthew’s Gospel in Magdalen College, Oxford, date to the mid-first century C.E. Instead of having been written a generation or more after Jesus’ death, as is—or was—the scholarly consensus, Matthew’s Gospel was written within a decade or so of the crucifixion by someone who was there at the time, so the article said. This, of course, would indeed be astounding and worthy of the treatment the Times gave it.


“Not since the discovery of the Dead Sea Scrolls in 1947,” the story continued, “has there been such a potentially important breakthrough in biblical scholarship.” The newspaper devoted nearly two full pages to the story, including an editorial that likened the alleged new discovery not only to finding the Dead Sea Scrolls, but also to Howard Carter’s discovery of Tutankhamun’s treasures and to Schliemann’s location of Troy. Two days later, the Times included an extended interview with Dr. Carsten Thiede of Paderborn, Germany, on whose scholarship this claim is based.


Thiede’s claims are threefold. First, Matthew’s Gospel is an eyewitness account of the life and teaching of Jesus—so today’s Bible scholars (who date it to about 80 C.E.) are wrong, and the early church fathers were right after all. Second, at the time Matthew was written the formal separation of Christianity and Judaism had not yet occurred. Third, “Recognition of Christ’s divinity was made before the end of classical Judaism in 70 C.E.”


All three claims made by Thiede are controversial, to say the least. In fact, they disagree with mainstream biblical scholarship.