Religious Mystery of The Crucifixion

Email ThisBlogThis!Share to TwitterShare to FacebookShare to Pinterest
Labels: Religious Mystery of The Crucifixion, vidoe

Email ThisBlogThis!Share to TwitterShare to FacebookShare to Pinterest
Labels: Parts 1 and 2, The evidence that Muhammad is a Prophet of God, Video

Email ThisBlogThis!Share to TwitterShare to FacebookShare to Pinterest
Labels: The Glorious Qur'an, Video

The Glorious Qur'an Part One

Email ThisBlogThis!Share to TwitterShare to FacebookShare to Pinterest
Labels: The Glorious Qur'an, Video

On Idoltry: Does idolatry manifest itself in other ways? 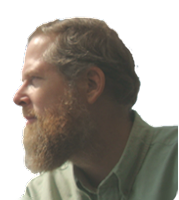 Sure. Ever wonder why people used to (and in some cases, still do) greet upper tier clergy, royalty, and members of the social elite as “Your worship?” By this phrase, commoners venerate men and women of high worth, position, and social status. So is that worship? According to the definition of the word, yes. “Your worship” meant “Your worthiness,” and conveyed the distinction of high value.

So does this mean the commoners who used this phrase worshipped those they addressed in such a manner? Uh, yes. Yup, that’s about it. Not only did they worship them, they idolized them, and we see this dynamic applied as much to music, sports, and movie stars in the present day as we do to clergy, royalty, and the social elite.

No, I’m being precise.

I’m not saying God has forbidden us to honor such individuals; I’m just saying that, yes, addressing individuals in such terms as “Your worship” is a form of worship. However, where this crosses the line into the forbidden zone is when people revere others as gods, or grant them the honor and respect reserved for our Creator. Should they prefer these individuals’ guidance to the laws and guidance of revelation, they usurp God’s authority. Likewise, should they revere such an individual by, oh let’s say, claiming him to be infallible or by bowing down to him (even if just to kiss his ring), they grant him the rights and special honor reserved for Almighty God.
at 12:00 AM No comments:

Email ThisBlogThis!Share to TwitterShare to FacebookShare to Pinterest
Labels: Does idolatry manifest itself in other ways?, Idolatry

How I came to Islam - Dr. Laurence Brown

Email ThisBlogThis!Share to TwitterShare to FacebookShare to Pinterest
Labels: How I came to Islam, Video

The Discovery of the Dead Sea Scrolls


In the spring of 1947 Bedouin goat-herds, searching the cliffs along the Dead Sea for a lost goat (or for treasure, depending on who is telling the story), came upon a cave containing jars filled with manuscripts. That find caused a sensation when it was released to the world, and continues to fascinate the scholarly community and the public to this day.

The first discoveries came to the attention of scholars in 1948, when seven of the scrolls were sold by the Bedouin to a cobbler and antiquities dealer called Kando. He in turn sold three of the scrolls to Eleazar L. Sukenik of Hebrew University, and four to Metropolitan Mar Athanasius Yeshue Samuel of the Syrian Orthodox monastery of St. Mark. Mar Athanasius in turn brought his four to the American School of Oriental Research, where they came to the attention of American and European scholars.

It was not until 1949 that the site of the find was identified as the cave now known as Qumran Cave 1. It was that identification that led to further explorations and excavations of the area of Khirbet Qumran. Further search of Cave 1 revealed archaeological finds of pottery, cloth and wood, as well as a number of additional manuscript fragments. It was these discoveries that proved decisively that the scrolls were indeed ancient and authentic.

Between 1949 and 1956, in what became a race between the Bedouin and the archaeologists, ten additional caves were found in the hills around Qumran, caves that yielded several more scrolls, as well as thousands of fragments of scrolls: the remnants of approximately 800 manuscripts dating from approximately 200 B.C.E. to 68 C.E.

The manuscripts of the Qumran caves include early copies of biblical books in Hebrew and Aramaic, hymns, prayers, Jewish writings known as pseudepigrapha (because they are attributed to ancient biblical characters such as Enoch or the patriarchs), and texts that seem to represent the beliefs of a particular Jewish group that may have lived at the site of Qumran. Most scholars believe that the Qumran community was very similar to the Essenes, one of four Jewish "philosophies" described by Josephus, a first century C.E. Jewish historian. Some have pointed to similarities with other Jewish groups mentioned by Josephus: the Sadducees, Pharisees, and Zealots.

We do not know precisely who wrote those sectarian scrolls, but we can say that the authors seemed to be connected to the priesthood, were led by priests, disapproved of the Jerusalem priesthood, encouraged a strict and pious way of life, and expected an imminent confrontation between the forces of good and evil.

The Qumran library has proven to be enormously informative. From these texts we have increased our understanding of the transmission of the Bible, we have learned more about the development of early Judaism, and we have gained insight into the culture out of which emerged both Rabbinic Judaism and Christianity.


It is a strange irony that those who reverence stones live in glass ideologies. 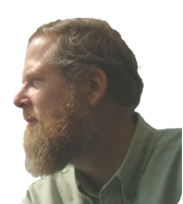 Idolatry—every monotheist abhors the thought, and yet many commit the crime themselves. Few today fully grasp the complexities of this issue, for the definition of idolatry has been buried beneath nearly 1,700 years of church tradition.

The commandment not to make carved images speaks for itself, as does the subsequent decree not to make any likeness whatsoever.

These directives could not be clearer.

Email ThisBlogThis!Share to TwitterShare to FacebookShare to Pinterest
Labels: Articles by Laurence B. Brown, excerpt, Idolatry 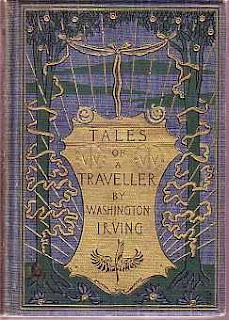 There is a certain relief in change, even though it be from bad to worse; as I have found in travelling in a stagecoach, that it is often a comfort to shift one's position and be bruised in a new place.

-- Washington Irving from Tales of a Traveller
at 12:00 AM No comments: